I recently saw the Japanese trailer

I WAS EXCITED AMAZED WOWED , it was nearly A PERFECT TRAILER, I hope to GOD they released it in english

I PRAY SO MUCH 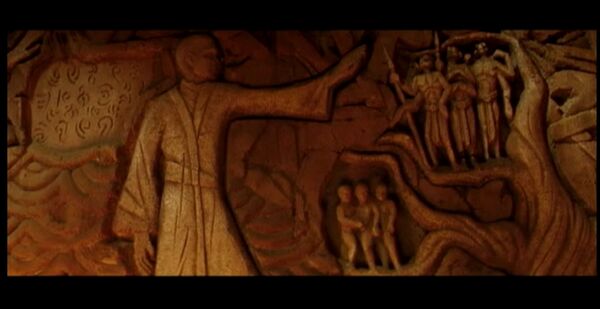 SO I TRANSLATED THEM TO GAIN THE WONDROUS INCITE INTO ANDREW STANTONS LOVELY VARIATION OF BARSOOM, what secrets what wonder what fascinating new things would be revealed about this amazing world?

I have never been more disappointing in my entire life, not only do these not form english words, they dont form words that could exist in any language, they are unpronounceable . . . it is just a jumble of non-sense letters

Retrieved from "https://johncarter.fandom.com/wiki/User_blog:Ralok/Glyph_Translation_From_Movie_%3D_Gibberish?oldid=4807"
Community content is available under CC-BY-SA unless otherwise noted.