For information beyond the film visit Thark on encyclopedia barsoomia 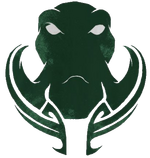 The Tharks are a kingdom of 9-foot tall Green Men native to Barsoom who live a nomadic life in the hinderlands. But they make their home in the city of Thark.

They have a rich history on Barsoom. They were once the planet's dominant society. They have become tribal since they were overtaken by the Zodangans, they have become tribal and less sophisticated than the Red Martians. While they pride themselves on being a tribe of strong and aggressive warriors, their populations have significantly decreased in size because of conflicts with the Red Men.

The Thark society is run by an absolute ruler. The position is one acheived by "Right of Challenge", in which one individual, possibly only males, will challenge the current leader in a battle that results in one victor, the new leader, and the other either beaten or dead. Everyone obeys the leader. Families seem to work in an extremely social way. After a pair of male and females mate, everyone's eggs are taken to a chamber to incubate. Upon hatching, the babies are collected and put into baskets. Those eggs that did not hatch upon the scheduled collection time are destroyed as being flawed or weak. Upon arrival in the village, the babies are all released into the village at the same time. Then they scatter like lizards and females fight for a hatchling. The babies are then put on long tables where they are examined. After this, they are dunked into a barrel filled with liquid to be cleaned. They are then dusted with powder. After this they are all put into a large cavern to be raised.

The Jeddaks of the peoples (as with all martians) wear a white fur mantle, taken from the White Ape, the most vicious creature on Barsoom. The males are known to lock tusks to establish dominance.

Retrieved from "https://johncarter.fandom.com/wiki/Thark?oldid=6220"
Community content is available under CC-BY-SA unless otherwise noted.